Black Mold Inspection & Mold Removal
is What We Do!

Getting a Mould Inspection Done in Toronto 2021 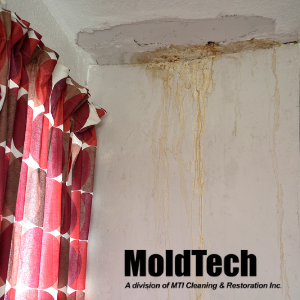 It’s essential to have professional mould removal in Toronto done whenever you suspect mould growth is present in your home. mould is a highly adaptable and spreadable fungus that thrives in our indoor environment. It loves rooms that hold onto dampness or moisture like the bathroom or laundry room and can quickly grow out of control in spaces like the attic. Mould inspection in Toronto can help alert you to the warning signs of mould growth before it becomes a big problem.

Signs That Mould is Present

Knowing what the signs of a mould infestation are can help you to catch it early. mould can be found all over the house but does favour damp rooms with poor ventilation. Some of the common signs that indicate the presence of mould include:

Because mould can grow behind heavy furniture or inside walls, it’s often difficult to know if there’s a problem — this is where mould inspection in Toronto is beneficial. A mould inspection will help to identify areas that need further investigation. On the other hand, mould testing can be helpful when you know there’s a mould problem, but you need to know more about the scope of the issue or more specific information on the type of mould growth.

What Happens During Mould Inspection

Mould inspection is a safe and non-invasive way to take a closer look at your home’s ecology. Mould inspection precedes a mould removal in Toronto and usually involves a visual and physical inspection around your home. At MoldTech, we generally look for areas outside that may indicate moisture or water problems inside, while indoors, we double-check areas around windows or appliances for leaks. If we discover anything curious, we can send samples to a laboratory to confirm hidden mould growth.

It’s essential to find the right mould inspector for several reasons. Mould is easy to disturb and can be highly toxic — even the relatively benign types can cause severe respiratory distress. Mould is also very simple to spread accidentally and needs to be safely removed and disposed to prevent re-infection.

Mould removal is one of those tasks that’s best left to specialists, not general contractors or handymen. At MoldTech, we have over a decade of experience serving Toronto and the GTA, and hold memberships in several professional organizations that provide:

When it comes to mould removal in Toronto, the focus at MoldTech is providing you with a safe, trustworthy and reliable service that ensures your protection from the dangers of mould growth throughout the process. Book a mould inspection in Toronto or learn more about how mould testing can help improve your indoor air quality and make your home more comfortable and safe, call us at 1-866-684-7684.

Are Your Having a Mold Emergency? Find Out How We Can Help You!